About a year ago I wrote a blog post talking about dating apps and Tinder was one of the apps that I covered. Back then I had heard that it was mostly a hookup app, but not till recently did I find out what kind of conversations go on there. Brad and I were discussing the crazy conversations that happen and I checked out the Tinder subreddit on redditt.com.

I was completely unprepared for what I was about to read! Not too many things shock me, and I guess it’s just my age, but I don’t understand the thinking of twenty-somethings. Hookups are not for me. God knows who or what that person has done before you walked into their place. I laughed at some of the conversations and cringed at others.

I’m in total disbelief that people communicate this way. Where is the romance? On the flip side, where is the shame for the way people are talking to one another? When the people don’t even know one another? These people are asking for sex like it’s something you pick up at the seven eleven. It’s crazy in my opinion.

Now I’m not knocking Tinder as they are a square business. I’m also not assuming that every person uses Tinder in a way were it’s a mix of humor and sex requests. However, if half of what is on reddit can be believed then it’s how some people who are using Tinder that I struggle to understand. And honestly, Tinder is a business and at the end of the day, they are more focused on making sure the site makes money over how people talk to one another, right?

So How Should Tinder (NOT) Be Used?

So, what do you say when you first meet someone? Every situation is different, although I think many of the ideas we talk about here in regard to email messages give good ideas on where to start. However, I can tell you some of the things not to do from my perspective. First, Don’t offer any pics of your body! I mean why do some guys think a woman really wants a pic of their junk? How is that going to get you a date? Maybe they do it just to be jerks, but I believe some of these guys really do it because they think women will respond. And maybe some women do respond…it’s hard to imagine but at the same time, I feel like it might happen. I mean, why would these guys keep doing it if they didn’t occasionally have success? Also, after looking at the Tinder conversations on reddit, maybe everyone sees the world different in modern dating?

To me, I still buy into trying a little romance. Ask questions for sure, but keep it clean. And I don’t see any reason to get too personal too quickly. In Brad’s guide, he offers ways to go about the first contact. It’s worth a read even though it wasn’t written with Tinder in mind.

I guess I’m preaching to the choir when I write this stuff since many of my readers are older than the twenty-somethings going crazy online. I don’t have to tell them to be polite when they speak to someone they are interested in. I don’t have to say keep it clean. I’m trying to reach an audience that will already know how to treat the opposite sex. This article is just to make them aware that if they want to try Tinder they may come across some things they may not like.

How Did We Get Here?

But it begs the question: what has happened to speaking normally to one another? Or maybe a better question would be, what happened that caused the younger crowd to accept this as “normal”? Shouldn’t the (mostly) men acting in this way be chased off of the dating service? Instead, not only do people act this way, they then go post these wild conversations for everyone to see!

I think one of the problems is instant gratification. It seems to me that in the recent decade’s kids were raised with so many options that they are used to getting what they want and fast. This, in my opinion, opposes the courtships that use to take place between a man and a woman. When I was in my twenties and headed out to a club, some people called them meat markets. Today you have endless pics of people you can choose from posing in increasingly questionable ways. I guess in a way it’s meat market times ten since it’s based almost entirely on that first look.

The picture draws a person in, but what should keep them there is the profile information. I think that the people using sites like Tinder for hookups don’t even read the profile info (ignoring using some information to start the first message occasionally). This is just my opinion but I think they scroll through countless pics until they see someone they would like to hook up with, and then they send rude or arrogant or crazy messages expecting to engage the other person. I’m only taking away the messages that I read when I visited Tinder subreddit. I was taken back by the lack of courtesy. The language didn’t bother me. The thing that got to me was the disrespect for the other person. I could never in my life approach someone the way it seems to be done today.

Even though this may seem a bit odd to some of us, it seems that people actually do respond to this kind of nonsense. Again, I blame that on the fact that this has become accepted as normal. I want to believe that there are women who value themselves highly, but the culture has taught them this is acceptable behavior. If we were looking at this in the past (pre-Tinder) then I think most people would agree that these people have to have some kind of low self-esteem issues to be putting themselves out there like a piece of meat. But if it’s the norm, I hope it’s just that people believe that there’s no other option and that their self-esteem is fine. Although, honestly, I’m not convinced either way.

An Attempt to Be Understanding

As I’ve been saying, I wonder where it all stems from. Everything starts in the home and I suppose the home is greatly influenced by culture. Perhaps the younger generation is faced with things we didn’t see growing up, being so exposed to all the good and bad the internet has to offer. They never had a day in their life where they couldn’t connect, buy, like or interact online.

So, what’s up with Tinder and the way people seem to think this is a hookup site? I don’t think anyone really knows how these things happen they just do. Or at a minimum, I would say that no one was planning for it to get to where it is now. I’m sure Tinder didn’t intend for its app to be used in this manner it just happened.

On top of that, I know plenty of people in their twenties and most are respectful, awesome people that have a good head on their shoulders. Sure, I know some that are stuck in their phones, in their own little world, and reek of ignorance. But it makes me think maybe things aren’t as bad as they look. Maybe it’s a small percentage of people who are horrible but also loud and in your face. To someone like me, it’s then easy to assume everyone is like that and everyone is OK with it.

Also, I bet a lot of people get chased off of Tinder when they first use it. If only the people who are OK with crudes and nudes stay around, then I guess it makes it look like young people are fine with all of this when in reality it’s only the few who are choosing to stick around. So I’m trying to be understanding and not assume the younger generation is nuts!

When I used the site I met one person and we both specifically stated that we were not there for a hookup. That says volumes in my book, that you HAVE to state that you are not here for hookup. It means, “Hey I know this sites people may think is a hookup site, but I’m here for a legitimate reason”. With my one date from Tinder, we met and things were cordial. We both decided that we were not right for each other. At no time did we disrespect one another or offend the other. So, I guess what I am saying is a site may be known for a hookup site, but it’s up to the user to decide how they are going to use it.

Thanks for taking the time to read and good luck with your online dating. 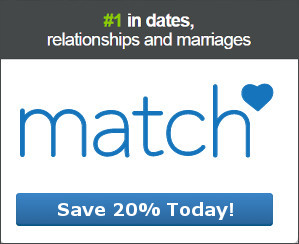