Everyone wants to meet their future spouse at the supermarket. Or at the arboretum. Or the music festival.

We incessantly romanticize about how the universe will look favorably upon us and give us the luck we need to unexpectedly bump into our soul mate.

The thing is… it’s a fantasy.

I mean, sure, it’s perfectly possible for you to meet your next girlfriend at your yoga class, but odds are you won’t.

According to a study conducted by eHarmony and London’s Imperial College Business School, researchers found that:

“…about 39 percent of heterosexual couples reported meeting their partner online, compared to 22 percent in 2009.”

So maybe it’s time to stop hanging around bars during ladies-night and instead work those fingers muscles by swiping right (or by hiring a matchmaker like us here at emlovz).

According to Pew Research, there’s a pretty good chance your next girlfriend is on Tinder, Bumble, Hinge, or another of the many dating apps out there. And let’s be serious, if Pew says it’s true, it probably is. 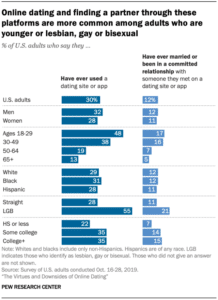 But with a myriad of dating apps out there how are you to know which one you should be on?

To find out, I asked three emlovz dating coaches and matchmakers what the best dating app of 2021 is.

Their responses will all kind of the same, but instead of stealing their shine, I’ll just let them tell you who the winner is.

First up is emlovz’s co-founder, Emyli..

She’s been a major fan of this app for a while now.

Hinge because it allows you to message without matching and has a large following (lots of people on it). I recommend it because it’s the #1 source of dates for my coaching clients. Being able to message gives them full control over how many messages they send, which ultimately equates to being able to predict the number of dates they go on.

Let’s talk about these two apps for a second.

The first is Hinge. 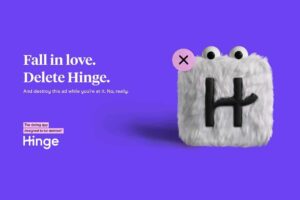 Hinge claims to be the only dating app “designed to be deleted.”

By this, they mean that their goal is to actually hook you on love rather than hook you on the chase.

Other apps are built to addict their users whereas Hinge (argues) that it’s built to find love rather than increase its user-base. Whether you believe them or not they back up this claim in their features.

Some Hinge highlights include:

— Only 10 likes a day, cause Hinge doesn’t think dating should be your only hobby

— Nudge feature that reminds users to reply to messages

Sign up for Hinge if you’re looking to get serious about a relationship. Most users that are done with Tinder graduate to Hinge.

Our next dating coach & matchmaker is Jackie..

Jackie’s a millennial that knows her way around a dating app or two. She recommends two apps you’ve probably heard of to all her clients.

Hinge – He can like a photo or comment, without matching with a girl, so she may see it and change her mind if she hadn’t already matched with him. “Most Compatible” matches are recommended, which may persuade a date.

Bumble – Best quality matches currently. Women have to reach out first, so it’s more likely that you will secure a date if you begin talking.

As Jackie says the ability to like or comment on a photo is massive. It gives guys a chance to showcase their character and humanize themselves before even matching. Not only this but it uses an award-winning algorithm to find female suitors that are hyper-compatible. 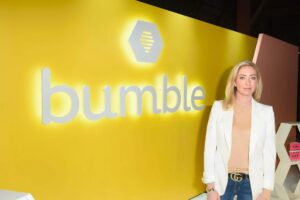 Bumble was founded by Whitney Wolfe (as seen above) after she had already co-founded Tinder.

She left to found a feminist dating app that would be everything that Tinder isn’t — at least in name. Ya see, Wolfe was sexually harrassed by Tinder employees and actually sued the company. It was this experience that inspired the ethos and many female-first features of Bumble.

Jackie likes that app because the milieu is of a higher quality than you’d find on other apps.

The women of Bumble are slightly older than Tinder users (though many use both apps), and more self-aware, know what they want, and are willing to tell you about it.

As you’re probably aware of Bumble is most known for its messaging dynamic. Unlike just about every other app on the market, with Bumble, women are in control and must message first. However, that isn’t the app’s only notable feature.

— More free matches than most other apps

Similar to Hinge, most Tinder users will find their way to Bumble after they’re tired of chasing false leads.

Audrey recommends an app that you’ve definitely heard of before. 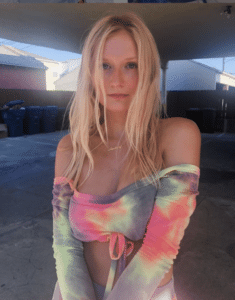 Every single guy and girl should be on Hinge.

I have by far heard the most success stories from this app and I believe its layout allows people to find true connections and romance. I think people are encouraged to be their most genuine and unique on Hinge rather than trying to come off as the most attractive guy/girl in the world.

Because you can respond to different prompts and photos, people are able to connect and relate to one another on the most mundane and random things. I think those simple connections are what spark fun relationships.

Well, there you have it folks.

When it comes to dating apps, Hinge is the winner.

I think you know what to do now. Download Hinge and get to macking.

But what if you don’t know how to talk to women online?

See as how online dating is the most common way to meet your romantic partner, that’d be an issue.

Luckily I have a solution.

Her name is Emyli… it’s also Jackie and Audrey.

Our coaches and matchmakers can equip you with the skills and/or dates you need to delete the app that’s been designed to be deleted.

Take the first step towards romantic liberation by booking a 1-on-1 Zoom appointment with emlovz.