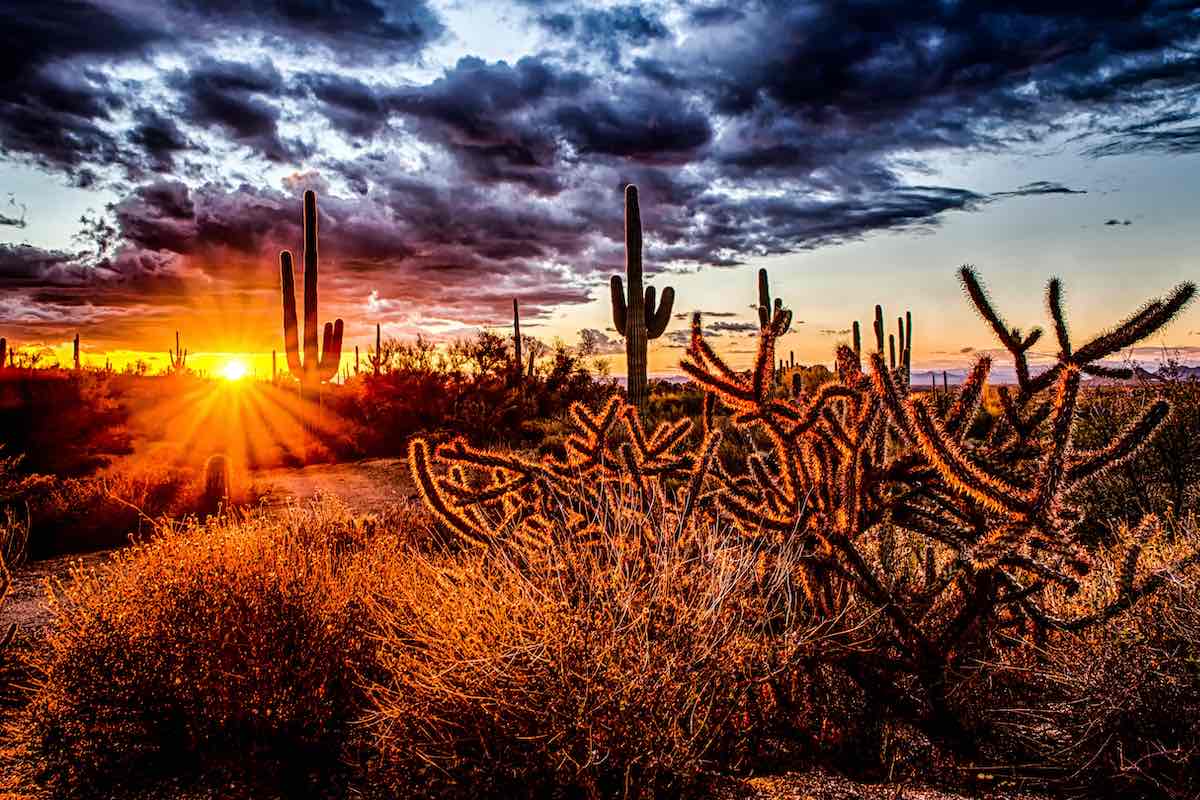 Scottsdale Arizona is an awkwardly shaped city in a fairly awkward position.

This arm of Phoenix is often mistaken for just another Phoenix neighborhood.

If examined as a stand-alone city, it’s a cute place to live, characterized by its desert, forest, and rather small population of 233,000 or so inhabitants.

But if we zoom out we see that Scottsdale is just one city that makes up a metro area home to almost 5 million people.

As just one of the many playgrounds in the Phoenix metro area, Scottsdale has come to be known for its golf courses, resorts, and hiking. While Scottsdale has a lot to offer, ample dating opportunity isn’t known to be one of them.

I suppose that’s why you’re on the prowl for a Scottsdale matchmaking service? As far as Arizona matchmakers go, I know a pair that are so skilled that they’ll be able to find you at least a date or two even in the middle of the desert.

But before we dive into the top Scottsdale matchmaking services, let’s take a look at the city itself.

Let’s face it, if the city you lived in was utter garbage, but the gender ratio tilted your way, it’d be a great city for single men.

What creates an amazing dating atmosphere is the gender ratio. Of Scottsdale’s approximately 255,000 residents, about half are women. While an even split won’t leave you jumping for joy imagine if you lived in places like San Jose or Vegas where there are 15-20% more males than females.

Sausage fests were tolerated in college — be honest Stella as the only woman you needed — but not anymore.

Nowadays you’re looking to settle down. Luckily, Scottsdale is the perfect place to do that… kind of.

Scottsdale is seen as the place where families move to once they’ve outgrown Phoenix. That means that most women in the area are older and possibly taken. 50% of the women in Scottsdale are between the ages of 30-39. But this doesn’t tell the whole story.

The median age in Scottsdale is 46. To put that into context the national average is 37. Scottsdale’s population is getting on in years. With 57% of adult women in the area already married, you may not have a whole lot of single women to work with.

If you’re an older guy, great.

However, if you’re looking for younger women only 16% of the Scottsdale population is home to women between the ages of 25 and 29.

That being said, considering Scottsdale borders Phoenix it’s only reasonable to assume that you won’t merely be dating women within your city’s limits.

With a metro area of 4,857,000 residents, there are plenty of women to choose from in the area — as long as you’re willing to drive. The gender breakdown is nearly split down the middle but with just a few more women than men in the metro area.

If you’re willing to look just outside the city that is Scottsdale, you’ll find an oasis of single women ready to mingle.

Once your Arizona matchmaker has set you up, where are you supposed to go?

Despite being located in a part of the country that can be mistaken for the set of a post-apocalyptic movie, Scottsdale offers quite a few date options.

First dates should be brief, cheap, and ideally outdoors and during the day. I urge all single dudes to abide by this advice for a few reasons. The most important being, you’re going out with a total stranger! Why would you want to treat someone you might never see again to a three-course meal?

First dates should be designed as introductory meetings. They should last no longer than about an hour. Abiding by these guidelines is easy if you’re a sporty person. Just throw on some kicks, slime on the sunscreen, and hit up one of the many trails Scottsdale offers.

Second dates should be active, a bit longer than first dates, and absolutely free. If you’re struggling to brainstorm second date ideas that meet these criteria, don’t worry, I have a solution. You and your lady can take a kayak ride down the Lower Salt River. If you don’t have a kayak you can always rent one here. Other free — or nearly free — date ideas include: hiking the Sonoran desert, strolling through the botanical garden, meandering through various Scottsdale art galleries in the city’s art district, or of course, hit the world-famous (kind of) Rodeo Museum.

Once she’s made it to the third date it’s time to take the training wheels off. Now it’s time to spend big and take her on an unforgettable date that really shows her how into her you are. If you and your lady are into the finer things in life — like Merlot and painting — why not make like a pair of impressionists and paint your way into a relationship. Art of Merlot is a quality third date spot.

I know I know, you’re specifically enlisting the services of a Scottsdale matchmaker so you don’t have to use dating apps, but just hear me out. Matchmaking services are finite. They last a few months or so and then they’re over. If you haven’t found a woman by then you’re right back to where you’ve started.

At emlovz we not only match you with compatible women, but we teach you how to date. If you team up with us you’ll learn dating skills that you’ll carry around with you long after you stop getting matched up with women.

One of the best ways to meet women — regardless of age — is via a dating app. A recent Stanford study showed that 39% of new romantic relationships in 2017 started online. If you’re going to mine for dates on your own, you better start by downloading a dating app.

So which one is best suited for the Scottsdale area?

As the most popular dating app in the state, it’s only natural that you’d download Tinder. While Tinder’s main user demographic is made up of youngins, its sheer volume of users merits a download and a swipe or two.

Seeing as how Scottsdale residents are on the older side, it makes sense that you’d download an app that caters to an older audience. Billed as “feminist Tinder,” Bumble attracts users that have graduated from Tinder and desire a longer-lasting relationship. The two apps look and feel the same. The biggest difference is the type of user.

My clients have always given me good reviews about Hinge. This is probably because Hinge genuinely cares about finding you a partner. Whereas other dating apps are designed to keep you single forever, Hinge uses disparate features that really help you find a compatible match.

Now the moment you’ve all been waiting for.

The best matchmakers in Scottsdale do not work in mysterious ways.

They’re upfront about how they operate, only make promises they can keep, and are dedicated to finding you not just single women, but women you vibe with.

That’s why emlovz is the best matchmaker in Arizona.

Most matchmakers are old school, I’m talking Eliezer from the Bible old school. Ya see, most professional cupids have a list of women to set you up with. The list generally includes friends, acquaintances, or former clients. It’s a limited database that will at best only have a few hundred names in it. These women might be awesome, but why team up with a matchmaker that uses a limited dating pool when you can swim in open waters when you enlist our help.

We deploy a team of love e-recruiters to comb over your city in search of women you’re compatible with. Once we’ve found a woman, we’ll interview her and make sure she’s a match for you — before setting you up on a Zoom first date.

We go further than most matchmakers because we give each matchmaking client 12 personal coaching sessions. Sending you out on a date with a woman of your dreams is worth nothing if you’re not equipped with a dream catcher. We give you the skills you need to woo and keep the women of your dreams.

Based in Phoenix, Joann uses the skills she learned as a recruiter as a matchmaker.

She starts clients off with a 90-minute meeting to learn more about potential clients. She asks about past relationships, deal-breakers, and other personal information that will aid her in her hunt.

Next, she begins what she calls her “campaign.” This is where she’ll look for women within her database that she thinks are compatible. She first screens each woman before setting you up. Joann also sets up the first date. No need to worry about finding a place to eat or picking her up, Joann has got that covered. After the date, she uses the feedback from both parties in order to tweak her search.

Look, Scottsdale may be a desert, but that doesn’t mean you won’t be able to find your romantic oasis.

Book a 1-on-1 Zoom new client session with emlovz today so that we can begin finding matches for you.