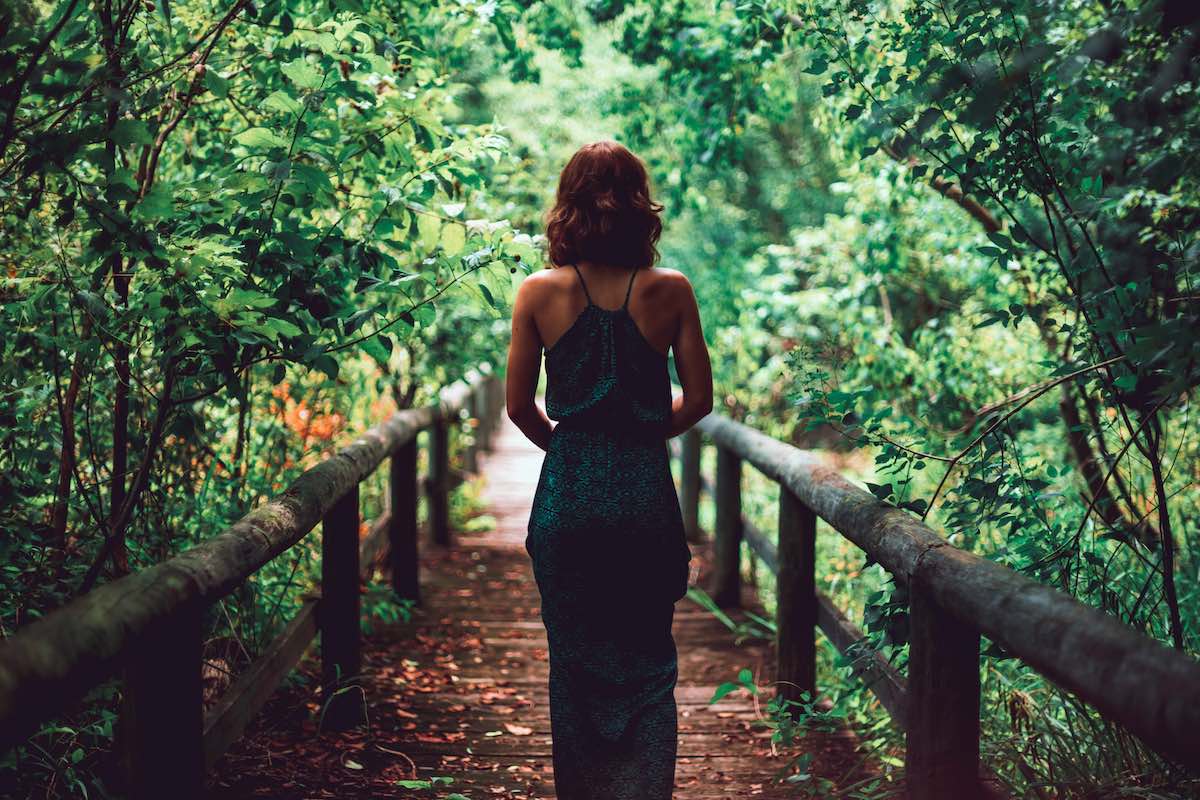 Many men make the mistake of thinking as long as they get married or even into a relationship with a woman, that they “own” them. If their girlfriend dares make a move without them, they get upset, pout, send annoying texts, or otherwise harass her into staying by their side 24/7. Soon after, they’re dumbfounded. It doesn’t take long before they admit the inevitable: She said I was too controlling and left me.

Sounds familiar? Here’s the truth you probably don’t want to hear: Even when you’re married, the woman is never your property. And when they feel like you’re treating them like an asset, they’ll eventually leave you. But the good news is, it doesn’t have to happen again. So even if you’ve already lost your girlfriend, you can still turn this ship around!

In this article, we’ll go over a few reasons why she said you were too controlling and left — as well as how you can avoid these mistakes in your next relationship.

How Often Did You Check Up On Her?

This one is easy to examine. Ready? Check your text message thread — how many times did you reach out to her when, say, she was visiting a friend for lunch?

Checking up on your partner — wanting to know where she is all time, or constantly asking what she’s doing — will turn her off and erode your relationship quickly. Not only that, but if you’re also doing things like checking her phone or going through her stuff, you’re breaking her trust. This is ironic, because you probably think she’s the “untrustworthy” one. Why else would you be checking up on her?

When you constantly check up on your girlfriend because you think she’s cheating, for example, sometimes your fears turn out to be true — but most of the time, they don’t. What you really want is simply to confirm your own made-up story. And that’s dangerous because you might actually find “evidence” that you interpret as “proof,” when it really isn’t. Then when you confront her, she gets pissed. Eventually, you realize the worst has happened: She said you were too controlling and left.

So if you want your next partner to stick around, resist the urge to check up on her. To make it easier, you might want to plan an event for yourself whenever she has an event of her own. That way you’ll have something else to focus on besides your fears.

Did She Have to Get Your Consent Before Doing, Well, Anything?

Remember, she wasn’t your subordinate, she was your girlfriend. Did you make her “ask you” whenever she wanted to do something? Maybe that’s why she said you were too controlling and left you.

This one is tricky because there’s a fine line between sharing information as a couple and expecting her to ask permission to do things. For example, if she had to decide whether to take a new job in a different city, she might ask you, not because she needs your “permission,” but because her moving will affect your relationship. And since you’re close to her, you probably know the ins and outs of her work situation better than anyone, and therefore could give good advice. So you can expect her to get your input before making a decision like that.

That being said, she doesn’t need to consult you for everything. Like, she shouldn’t need to get your input on whether she should hang out with her friends or go get a haircut. Demanding that she mold her schedule around you would be taking things a little overboard. With your next girlfriend, maybe try sharing your g-calendars with each other, so you can add/remove events without having to “ask.” (Just don’t dominate her calendar!)

Money is often a big hot button for couples. And sharing a bank account can bring up a lot of issues. That was actually a big reason for my boyfriend’s parents’ divorce. His mom didn’t have any financial autonomy — she was in financial prison. (Even though she worked herself!)

Of course, I’m not saying you shouldn’t ever have a joint bank account with your partner if it makes sense. For example, if you live together and spend money jointly more often than not, then it can make paying for things easier since you won’t have to “take turns” or keep tabs on who owes who. It could also eliminate some trust issues by putting all of your expenditures out in the open.

But there are negatives. The biggest one is that one partner can become controlling. Since you could see where all the money was going, you might have been tempted to comment or try to curb her spending on certain things, especially if she was a big spender. This can feel controlling — as if she has to “ask” you before spending money.

Bottom line, mutual checking accounts only work for people who know how to budget and aren’t controlling. If you get one, I recommend you create a financial plan with your next significant other and make sure spending limits are clear upfront.

Did You Find It Hard to Admit Your Mistakes to Her?

This one might be difficult to hear. But how big would you say your “ego” is? When you were wrong about something, did you admit it to her? Or did you go about your day thinking your way is the best way?

Problem is, women love guys who have the strength to admit when they’re wrong. It’s part of a man’s confidence. Admitting you’re wrong and asking her opinion also helps her trust you, since won’t force your way of doing things on her. If you instead insist on your point of view, you can end up making her feel invalidated or dismissed. And who wants that? In the end, you’ll find that she said you were too controlling and left.

If this sounds familiar, try to work on it. Find a therapist, attend a Tony Robbins event, or do something you know you’re going to fail at — like an expert yoga class or Tough Mudder event. It’s time for you to jump outside your comfort zone to something you’re not good at. It will help you come across as less rigid and controlling with women, for one thing. But most importantly, it will help you grow by becoming more vulnerable.

Are you one of those masculine guys who feel like if they can’t do it, nobody can? Pump your brakes — it’s time to realize everyone has their specialty. And the person who knows more about something than you do might just be your girlfriend.

It can be hard for guys to admit this. Many prefer to “suffer through” trying to figure something out instead of asking someone for help.

The thing is, she can usually tell when you avoid asking her. It can feel as though you don’t respect her abilities or refuse to let her lead anything in the relationship. Over time, you’ll seem controlling.

So to make sure this doesn’t happen again, try this: Write down five things your ex was better than you at. Then list why. Now, read it back to yourself three times. Let the idea really sink in that women can be better at some things than you are.

That’s why people hire me as their dating coach and matchmaker, after all — I know dating more than they do. On the flip side, I have different coaches myself: a skin coach, life coach, fitness coach, etc. The point is, smart people always outsource when they’re not the experts. Once you let go of the idea of having to always have the answers, you will come across as less controlling.

Chronic anger can ruin relationships. Did your past girlfriend who said you were too controlling also say think you had an anger problem?

I’m not a therapist, but if you answered “yes” to any of the above questions, you might reconsider whether you have an anger management problem.

Try to be aware of physical signs of anger in your body, such as knots in your stomach, clenching your hands or jaw, breathing faster, pacing, “needing to walk around,” tensing your shoulders, getting headaches, or a pounding heart.

If you notice symptoms like this, pay attention to what triggers them. Who are you with, what are you doing, and what were the thoughts that ran through your mind right before? Bring any insights to a therapist who can help you work through these issues.

Would You “Not Allow” Her to Spend Time Without You?

Separation is important in relationships. I should know — I lived in a 500-square-foot apartment with my boyfriend in San Francisco for 8 years. And for two of those years, we both worked from home together. During those two years, we almost broke up for good twice.

People need their space. Even if you don’t live together, you can still overwhelm your partner with your own clinginess. To stop being needy, I’d suggest doing a few things with your next partner.

First, listen to her. Letting her speak (without just waiting for your turn to talk) will help you get to know her better and connect to her on a deeper level. Once that happens, you might feel more comfortable with separation because you are more secure in your relationship.

You also might want to start meditating. It can help you be more present in the time you do have with her, so you get more out of it. It’ll also make you more aware of your neediness so you can calm yourself down before reacting and demanding that she spend time only with you.

Finally, if you can master spending time away from your girlfriend, you’ll create more sexual tension in your relationship. You’ll give her the time and space to miss you, wonder what you’re up to, and want to come back to see you.

She Said I Was Too Controlling and Left Me: Wrap-Up

If your ex said you’re too controlling and left you, take stock and find out if she may be right. You could even start with a quiz like this one to get an honest assessment.

There’s nothing wrong with being controlling, by the way. It doesn’t condemn you as a person. But we all have things about us that make it harder to connect to others. And if your controlling nature is getting in the way of finding lasting love, then it’s a problem.

The great thing about working with a coach is that they have no reason not to be honest with you. While you might think your ex just called you a control freak because she’s angry, a neutral third party like a coach will only point out whatever could be holding you back in your dating life. They have no other agenda. So you might want to give coaching a try.

I offer one-on-one coaching as well as a group coaching program for men who want to get to the bottom of their issues with dating. Book an intro call with me or one of my other coaches today to get started!