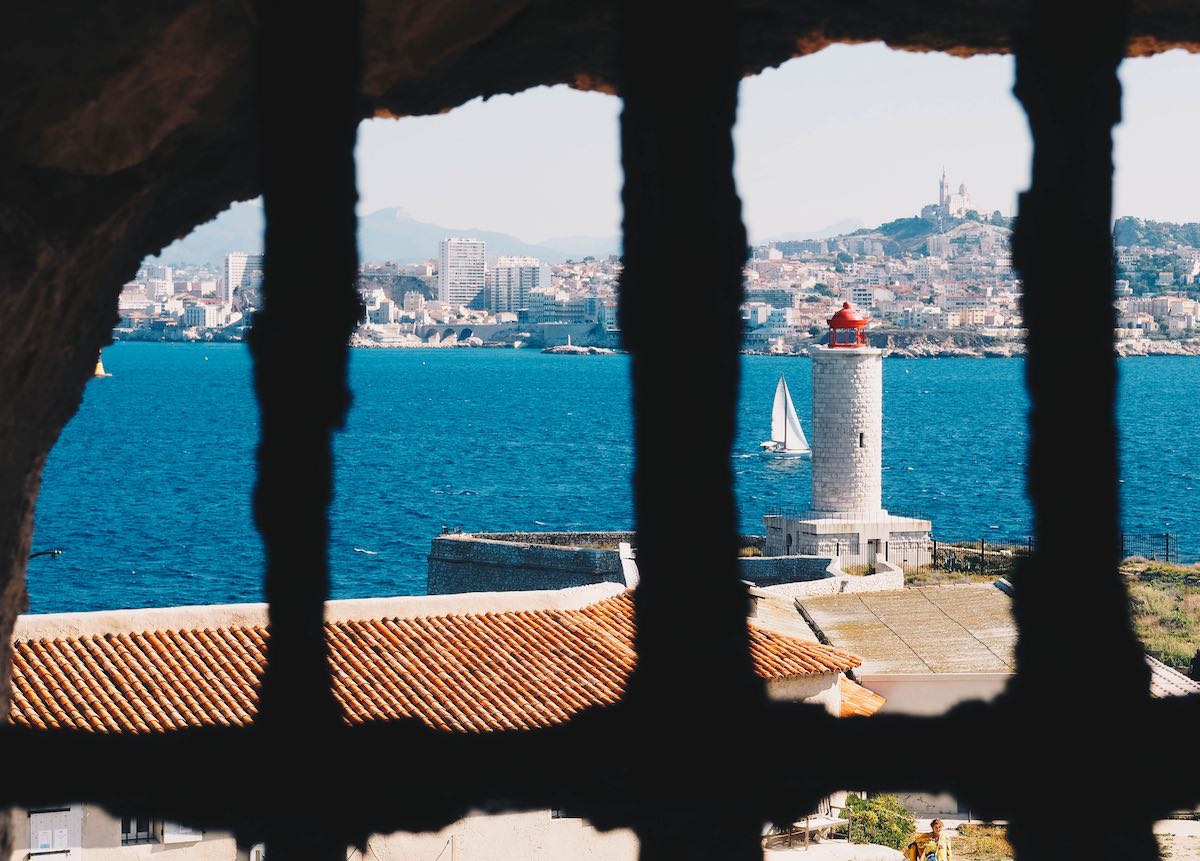 As feminist Tinder, Bumble attracts those that have graduated from the one night stand they found on Tinder and onto something just slightly more substantial and long-lasting.

Founded by the co-founder of Tinder, Whitney Wolfe left Tinder after being sexually harassed. She brought her ladies-first mentality with her to Bumble. It’s this thinking that has led Bumble to become one of the most popular dating apps not only in the US but in the world. The app has over 100 million users worldwide and has branched out through the creation of Bumble BFF and Bumble Bizz.

As you can see, Bumble’s the kind of dating app you should be using.

This is why being rejected by the app (aka: being banned from Bumble) can suck so much.

But no worries, before downloading a lesser dating app, there’s still hope for you yet.

Together we’ll try to figure out why you got banned from the app before teaching you how to get unbanned from Bumble.

Banned From Bumble? Why Y0u Got the Boot

Honestly, Bumble will ban you for any number of reasons. With over 100 million users under its belt, it’s not afraid to lose one or two for going against their policy.

You Were A Jerk

If you disparage someone else for any reason you’re liable to get the boot.

The best way to ensure that you aren’t tossed from arguably the best dating app in the world is to just be a nice person.

Avoid personal attacks, being overtly sexual when unwanted, or using any form of slurs.

Online daters have a habit of sending the same message to dozens of users (glaring at you gentlemen).

Not only is this a horrible way to get a response, but it can actually get you banned from Bumble. Copying and pasting the same message over and over is against the app’s guidelines. But why would you want to do it anyway?

Messages that are tailor-made for the person you’re talking to are way more likely to get a response than a generic message you send out en masse.

Should you struggle to pen a quality opening or first response, simply read the person’s profile and ask a question about one of their hobbies. If the guy you’re about to message is clearly into soccer ask him what his favorite team is. If you just received a basic message from a female (female Bumble users famously have to message first to start the convo) ask her about her trip to Maine or how old her dog is.

You’ve been working on your social skills your entire life. Chances are they’re decent. Yet for some reason people become suddenly socially inept when chatting through a dating app. Actually putting in a little effort can go a long way on Bumble.

It’s a dating app, so use it as such.

If you’re someone that wrote, “seldom use this, follow me on IG or Snap” Bumble might just toss you.

That being said, many singles use dating apps for unromantic purposes. As we’ve seen some will use it to boost their SM clout, but others will use them simply to feel good about themselves.

44.4% of Tinder users surveyed in a LendEDU survey reported primarily using the app for “confidence-boosting procrastination.” This makes sense considering 50% of Tinder users have reportedly never gone on a date with a match.

Dating apps should be used to date. Period. This is why matchmaking is making a huge comeback right now.

Try to transition the dynamic from an online one to one IRL as soon as you’ve sent that first message. It may feel good to amass matches but that sensation is nothing when compared to the feelings you get from romantically vibing.

You Did Something Illegal

Also, be sure never to list links to money transfer apps.

What Isn’t Illegal But Should Still Be Avoided

If being banned from Bumble is like being ghosted, being penalized is like getting stood up on every third date.

While the following behavior won’t get you banned it will result in being penalized.

Am I Penalized For Deleting My Profile?

As far as our research shows you won’t be banned or shadowbanned if you delete and create a profile on a frequent basis. That being said, Bumble’s algorithm is considerably turned off by such behavior. Bumble says it doesn’t show your account less or ban you, however, they’ve found that users that do this more often than not receive fewer matches than they did before.

Yet while Bumble says this is the case, other sources disagree.

If you frequently delete Bumble before reinstalling, Bumble will in fact penalize you for trying to game the system. It’s well known that dating apps try to hook new users by giving them a “new user bump.” This bump will mean your profile is being shown to more people than the average user and will most likely result in more matches.

This is pretty common knowledge — so common that Bumble knows users will try to exploit it.

To combat this, wBumble will neutralize this advantage for users that are constantly deleting and then reinstalling their app.

So here’s a tip so that you aren’t continually put down by Bumble: try harder.

Or rather, try smarter.

Deleting and reinstalling the dating app is a shortcut.

What you need to do instead is invest time into making your profile top-notch. Top-notch quality pictures and writing a kick-ass bio.

Stop Swiping Right On Everyone

Ladies, this tip isn’t for you.

If you have a vulva, feel free to skip on down, if you don’t we need to talk.

Let’s humor your childish whim and imagine that every woman you swiped right on matched with you. This would be horrible.

Imagine trying to juggle conversations with hundreds if not thousands of women simultaneously. It’d turn online dating into a second — if not third — job.

I know that blindly swiping right is a favored pastime of dudes everywhere. But just because it’s easy doesn’t mean you should do it. Bumble notices each of its users’ swipe behavior. If you’re the guy indiscriminately swiping right, it’ll see you as less desirable. This means it’ll show you to women deemed less desirable as well. Now you could just say, hey, I have unlimited swipes so what the hell. Except you probably don’t.

Bumble used to give free users unlimited swipes, but not anymore. They threw this tactic to score more users out a while ago.

Nowadays you’ll have to pay for premium for the right to nonchalantly swipe right on every profile you view.

How To Get Unbanned From Bumble

Getting unbanned from Bumble doesn’t involve writing a strongly yet romantically worded letter to the gatekeepers of Bumble. Instead, it entails following these instructions as close as you follow your ex on IG.

The Steps Your Phone

If followed on your phone the following steps will get you unbanned from Bumble.

If you’d prefer to address the issue via your laptop, follow these instructions.

2. Find the “Settings” button from the triangular dropdown button in the top right corner of the browser.

3. Hit “Apps and Websites” from the menu.

After all of the prior steps have been taken, you’ll need to delete your account.

Do this by opening up Bumble, going to settings, and deleting your account.

You don’t want to simply hide your account, you’ll want to delete it altogether.

Some of you might be thinking, “well I can see my account and matches so maybe I can still use the account.” In all likelihood, this is because you were shadowbanned. You know you’re being shadowbanned when it appears that you can use your account when in reality your messages aren’t being sent.

According to those that have previously been successful at reinstating their account it’s best to wait 24 hours before reinstalling Bumble.

Are you back in the game and ready to swipe around?

That’s great and all but before you get to swiping, think about why you got banned in the first place.

Did you make someone feel uncomfortable or use the app to increase your SM followers? Do you actually care about meeting someone on the app or do you just want your ego stroked?

If you’re using Bumble for anything other than dating your wasting your time. If you want a pen pal, use an app that’ll find you a pen pal, if you want to feel good about yourself post a photo to IG.

The average single American spends about 6 hours a week on dating apps. If that time isn’t spent going about using the app as it was intended then you’re wasting 6 hours of your time every single week.

So what does going about it the right way look like?

First of all, stop sending sexually explicit messages, swiping on every profile you see, and deleting your profile.

Once these behaviors have been addressed it’s time to have a look at your profile.

Most likely you’re committing some online dating cardinal sin in your profile.

That might mean posting selfies, bathroom selfies, shirtless photos, or a roster of photos that are grainy, don’t display your face, and indicate that you may or may not only own two red polos.

If you want your dating life to get better heed the following online dating photo tips:

-Your first photo should be a close-up, HD headshot

-Group photos only come after your first two pictures

-Wear different clothes in each photo

As far as your written bios goes, you don’t need to be as verbose as Gabriel Garcia Marquez to be successful.

In fact, seeing as how women only spend around 5 seconds looking at a profile before swiping, it’s best that you keep things brief. Use a witty line or two that sets you apart from the rest. Give her a detail about yourself that she can latch onto.

Mention specific interests, be positive and of course, spell-check.

Never be cliche or list your interests out. Everyone does that – don’t be everyone else.

But ya know, even a quick revamp sometimes isn’t enough to increase the number of Bumble matches you receive.

For some, a little extra knowledge is needed to breakthrough.

That’s where emlovz comes into play.

For the single who’s fed up with dating and wants a long term relationship once and for all, we offer full service matchmaking and coaching services dedicated to helping you reach your interpersonal goals in just 3 months.

Get started now by booking a new client session with me or one of my coaches today.

We’re here to help you reach your full potential, even when you don’t think you can.